One of our primary goals is to build awareness of the contribution of air quality issues to hospital-acquired infections by health care stakeholders: administrators, payers, clinicians and patients.

We design and manufacture safe and effective devices to optimize healthcare environments. All of our products are built at our own facility in Ohio, so that we can ensure the highest standards of quality and performance. 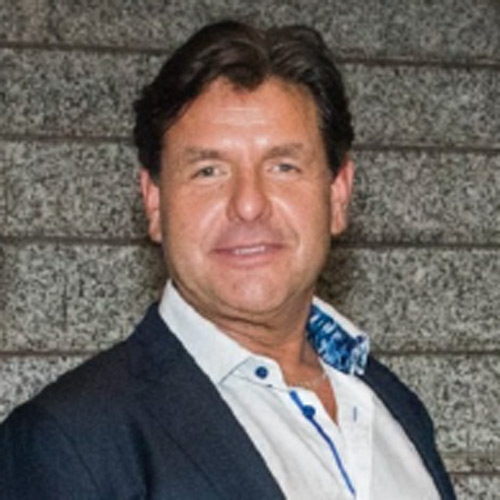 President Andy Kostopoulos owns a large commercial, industrial and multi-tenant high-density HVAC company and has owned the company and been in the industry for over 25 years across the Greater-Toronto area. Extreme Air Systems has completed over 10,000 projects, served over 15+ industries and has kept thousands of customers happy. Andy Kostopoulos pursued Aerobiovac Canada Corp. due to the outstanding technology which are attached to the systems and the impact which these systems will have moving forward in the prevention of the spread of COVID-19. 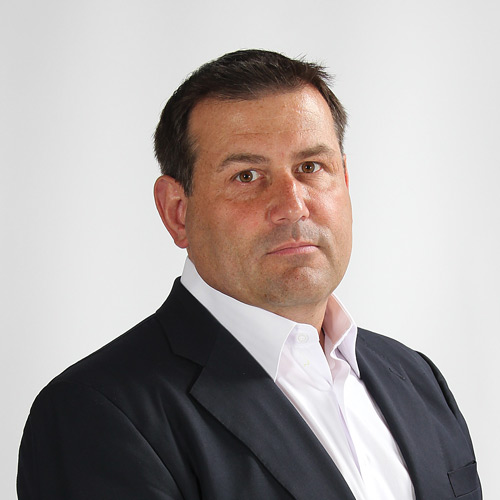 Graham Brown is regarded as one of the top Sports Business Leaders in Canada. He has been distinguished by his peers by having a proven track record in strategic leadership, organizational transformation, operational administration, and financial management. Throughout his career, Graham’s leadership has moved the Sports Administration / Management Profession forward in Canada.

A Varsity athlete in both football and basketball and a member of the Human Kinetics Society for five (5) years during his time at Windsor. As a fourth year student, Graham launched Competitive Sports Travel and Tours, a business that grew exponentially between 1992 and 1998 and remains as an industry leader in sports travel and management across Canada.

After selling CSTT in 1998, Graham joined the Ontario Minor Hockey Association (OMHA) as Executive Director. In this capacity, Graham presided over the world’s largest minor hockey association and built into a professional, nationally leading PSO. Graham spent fifteen (15) years as CEO of Rugby Canada, where he has combined his business acumen and passion for sport and became a recognized leader in the field of sports administration and founding member of the National Team Sport Coalition. Graham was most recently the President and CEO of U SPORTS, the governing body for University Sport in Canada before accepting his current role as CEO of Aerobiovac Canada Corp.

Graham sits on a number of Boards and has enjoyed spending time over the past twelve (12) years instructing at the University of Toronto and most recently lecturing within the IOLM program at McMaster University. 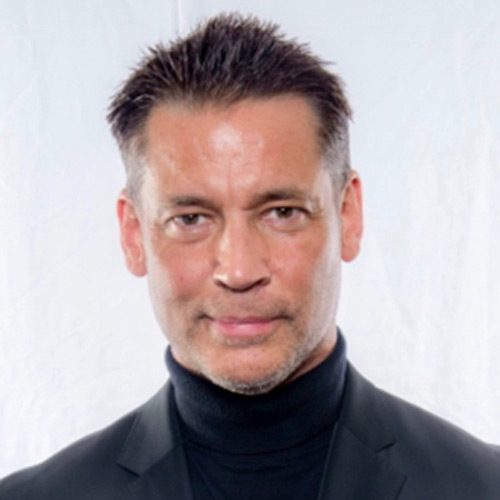 Todd Townend is the Director, Health Care Division at Aerobiovac Canada. He is also the Founder/CEO of Blue Sky Sales Corp and Territory Manager at CardioMed Supplies Inc.

For over 12 years, Todd has worked in the Health Care Industry driving innovation and technology with the goal to improve patient care & outcomes while reducing infection rates and costs. Todd works with the largest buying organizations and hospitals in Canada.

As a former professional athlete, Todd enjoys the challenges of his career but finds great satisfaction when his products cross the finish line and create a new, better standard of care.

Todd grew up in Stouffville, Ontario and is married with 3 children. He is an avid mountain biker, runner and gym goer. Loves to travel often to Miami with the goal of retiring there one day! 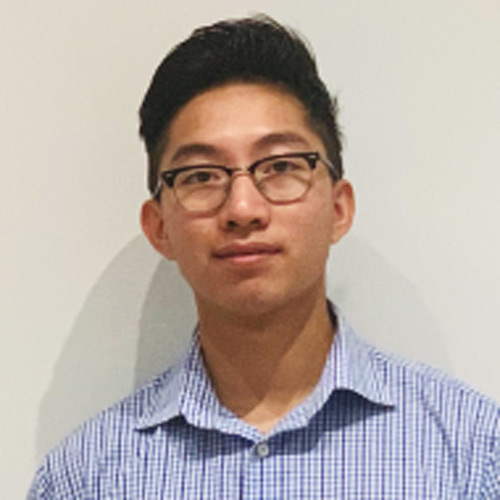 Michael is a recent graduate from Sir Wilfrid Laurier University, some of my hobbies in my spare time includes golfing, watching sports, and spending time with friends and family. Currently taking on the role of the Operations Manager at AEROBIOVAC Canada, Michael originally joined the company in December of 2020 as a marketing and sales research associate. Michael began his career with AEROBIOVAC Canada as a student completing his Bachelor of Arts majoring in Communication Studies (Honours) in April 2021. Prior to his time at AEROBIOVAC Canada, Michael worked in various leadership roles helping shape strategies for growth in businesses across the GTA. 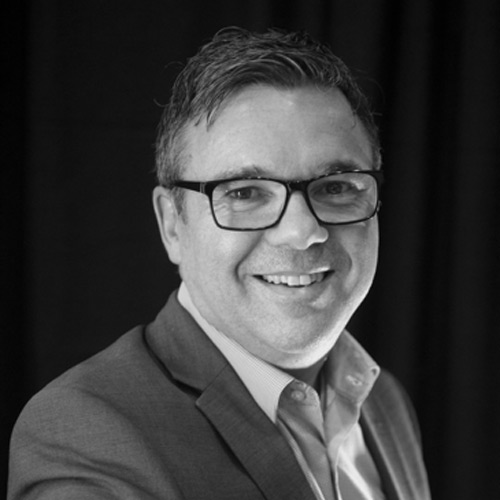 Frank DiRocco is a respected sales & marketing professional with over 25 years in the Hospitality and Events Industry. His extensive and accomplished background include positions as Director of National Sales with Delta Hotels and Resorts, Director of Sales and Marketing with Interstate Hotels & Resorts, Director of Group Sales with Interstate Hotel & Resorts as well as Sales Manager roles with Accor and IHG. In 2012, Frank’s entrepreneurial thirst led him to join Meeting Encore and Fuel Sports as Regional Director where he currently manages a vast number of key accounts. A timely endeavor he has recently added the sales of Aerobiovac Canada product line to his successful sales portfolio and company at Source One Meetings Inc., recognizing the importance in educating the Hospitality Industry on offering clean air solutions and keeping safe environments for clients.

Frank believes in helping clients find solutions to their needs through his expertise and vast industry network. Frank believes in giving back and stays engaged through MPI, CSAE and CSTA and serves on the Program Advisory Committee for the Centre for Hospitality & Culinary Arts at George Brown College. He has also served on the MPI Foundation Canada Council from 2007-2014.

Frank resides in Woodbridge, ON and is blessed with a beautiful family of 3 kids (Christina, Joseph, and Milena) and supportive spouse Palma. He balances his busy work life schedule by enjoying the wild outdoors and appreciates what nature has to offer by creating tasty smoked fish, meats and charcuterie. Sometimes he is even able to squeeze in a golf game or two. “Whether I am golfing, hiking, fishing or hunting being outdoors is therapeutic and allows me to escape and rejuvenate after a hectic work week.” 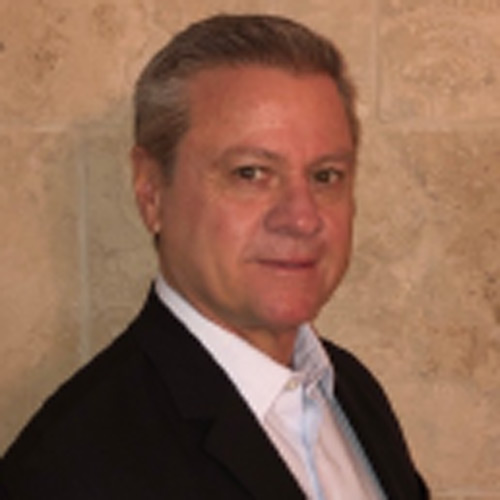 Mark Lemmon was born in Toronto and currently lives in Aurora, Ontario. Mark has extensive executive-level sales and marketing experience in both the consumer-packaged goods and sports industries.

Educated at Wilfrid Laurier University where he attained his HBBA with specialization in marketing, Mark’s work experience includes numerous senior sales and marketing positions with Labatt Breweries of Canada. Mark spearheaded a number of national marketing initiatives including a Labatt brand (Budweiser) partnership with the NFL as well as Labatt Blue’s celebration of the Toronto Blue Jays back-to-back World Series Championships in 1992/93. Mark also acted in a Sales Management role in both Ontario and Alberta during his 12-year tenure with Labatt.

Mark spent twelve years with the Toronto Blue Jays Baseball Club where he acted as VP, Corporate Partnerships and Business Development. He and his team developed key strategic alliances with leading brands such as Coca Cola, Honda, MasterCard, Home Hardware, Gatorade, Rogers, and HSBC to name just a few.

Mark then moved on to own his own business where he partnered with a sports marketing agency specializing in business strategy, development and marketing for various Canadian amateur sports organizations.

Mark then joined Rugby Canada in January, 2014 and led both the commercial and marketing teams of this exciting and quickly emerging National Sport Organization. Mark’s commercial responsibility at Rugby Canada included driving and managing all revenue sources inclusive of Events (Ticketing), Sponsorship, Team & Fan Merchandise, Broadcast and Fundraising. In addition, all Marketing, Communications, Media and Promotions fell under Mark’s purview.

Mark has sat on the Board of Directors for Ontario Special Olympics, The Wizard Foundation and also for Bayview Golf and Country Club where he led the re-branding of this well-established family club. 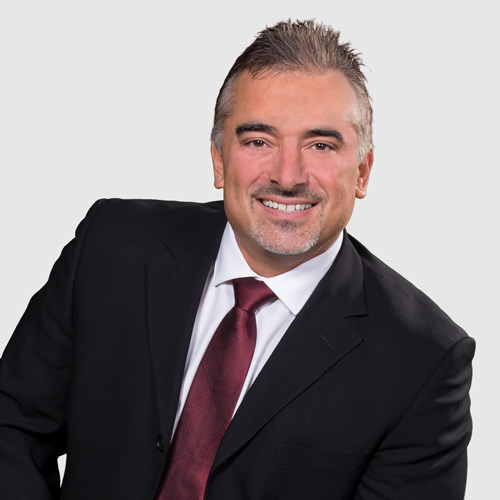 John is a dynamic business and marketing leader with over 25 years experience in event operations, marketing strategy and brand development. John brings an unparalleled track record of success and wealth of related experience when engaged with your business.

For over a decade (1985-1996), John promoted major live music events, entertaining 500 to 15,000 guests. He was responsible for bringing together numerous city venues and festival grounds, in an effort to promote Central Ontario as a destination place!

As the Director of Marketing at The Docks Entertainment Complex (1996-2004), John helped turn the mega club into Canada’s premier entertainment complex – before venturing into Internet Technology, Database Marketing, and full-service Event Ticketing Solutions.

As the Founder of TicketBreak (2004-2008) eventually being acquired by Ticketfly/Eventbrite, he is currently focused on growing your event and festival business by demonstrating the compounding power of technology, social media, strategic marketing and over a quarter century of entertainment resources via Impact Live! 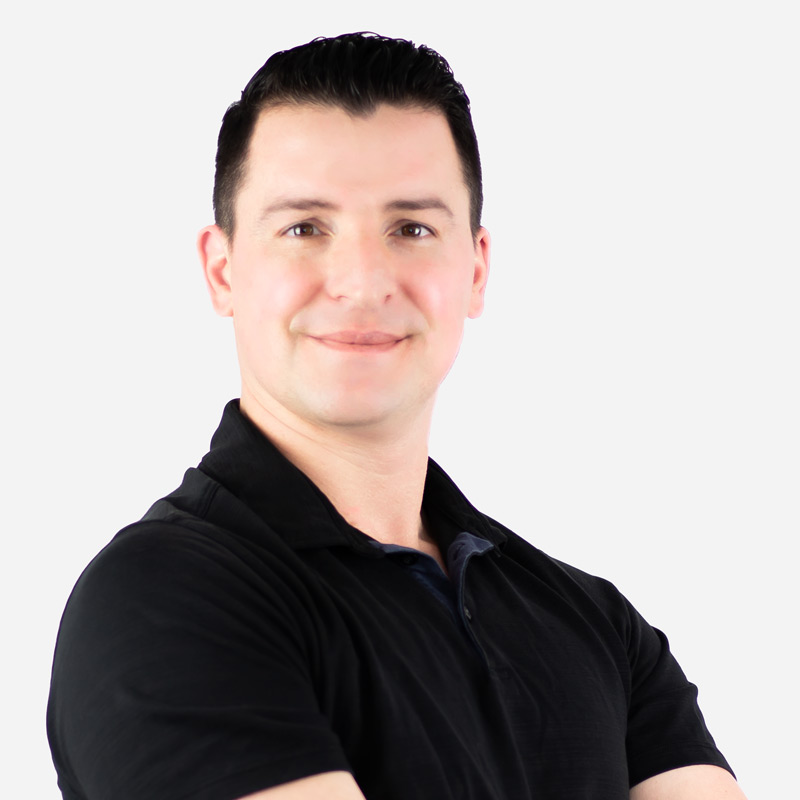 For over 20 years, Adrian has worked in the construction industry as a licensed Plumber & HVAC technician. His passion for this industry has allowed him to be involved in the great transformation that our Province has made in the last 20 years. Adrian is proudly responsible for thousands of exceptionally completed city projects. What was once a family business he started with his brother, has grown to having over 20 employees. Adrian’s contribution to the mechanical industry is very well respected and congratulated by many.

At the beginning of our COVID19 pandemic, Adrian had the vision to become a hand sanitizer manufacturer. Being in the medical industry has given Adrian a new drive towards contributing his personal efforts to our Province. Now Sanitizer PPE hand sanitizer is serving many hospitals across Ontario.

Joining Aerobiovac Canada has become a new passion for Adrian. Recognizing the remarkable innovation of the technology and products, Adrian is devoted to working with our Government Elected Ministers and Officials to ensure the highest quality of life that we deserve as Canadians. 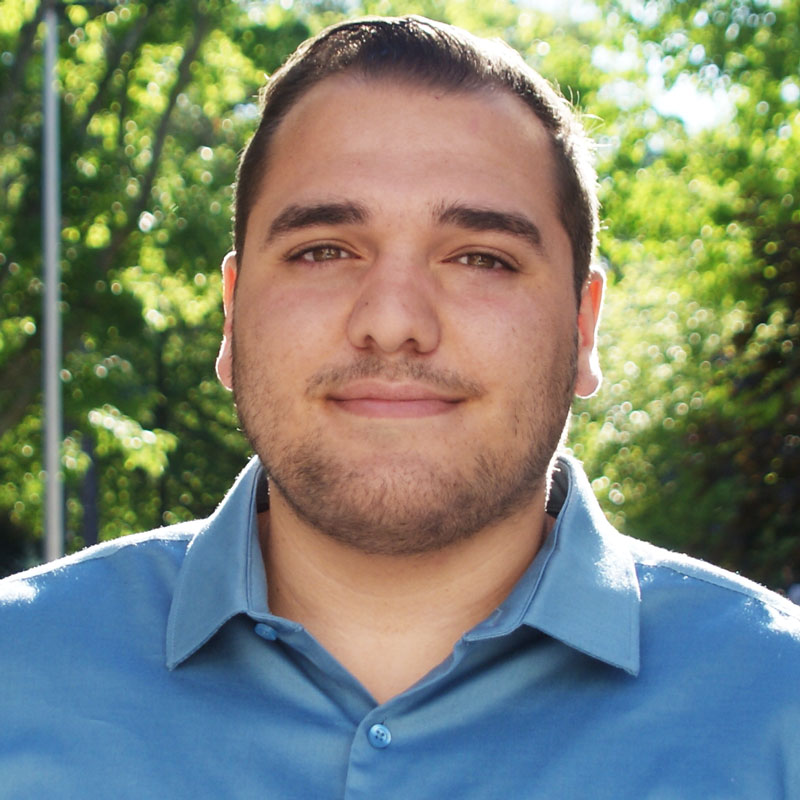 A fourth year student at the University of Guelph completing a finance and economics degree. Joined the Aerobiovac team at the beginning of July, to fight for our sustainable future and getting our economy back to normal. With an eye for financial markets, Marcello is on your side during this pandemic and the fight for clean air. 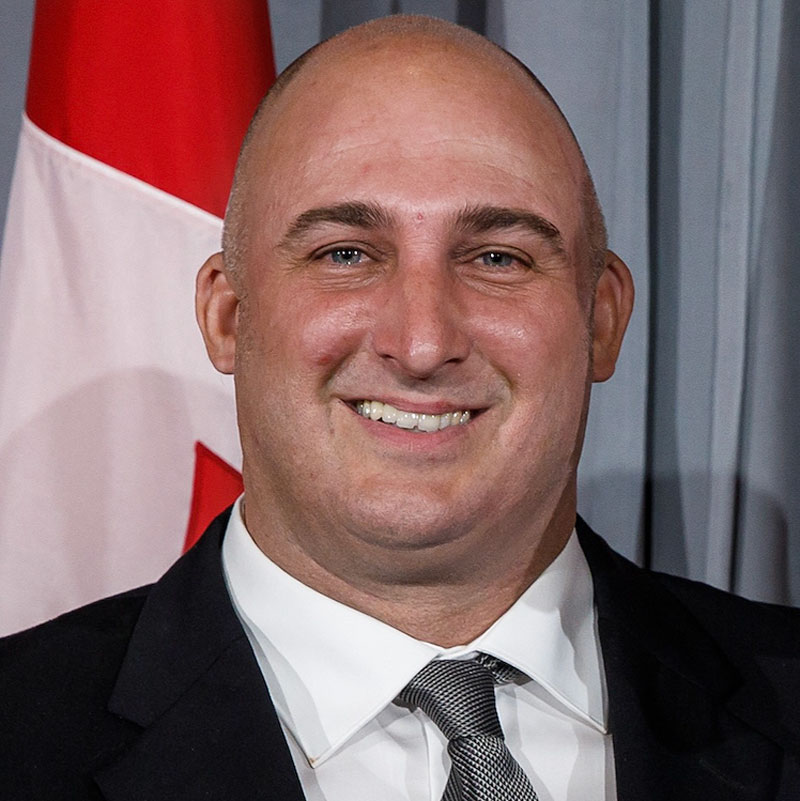 Jason has an in-depth background in sales, start-ups, consulting, teaching, kinesiology and a genuine interest in the good health of all people has led him to join the AEROBIOVAC Canada team with great excitement of clean air.

Jason's experience includes a long resume of 25 years in the teaching industry and 20 years in business and start-ups. He is the owner and founder of Addriver, founder and director of York North Basketball Association (YNBA). Addriver is a marketing company that specializes in wrapping corporate ads on a fleet of vehicles they manage for them. Addriver connects brands, drivers, consumers in geo targeted areas in the most efficient way. 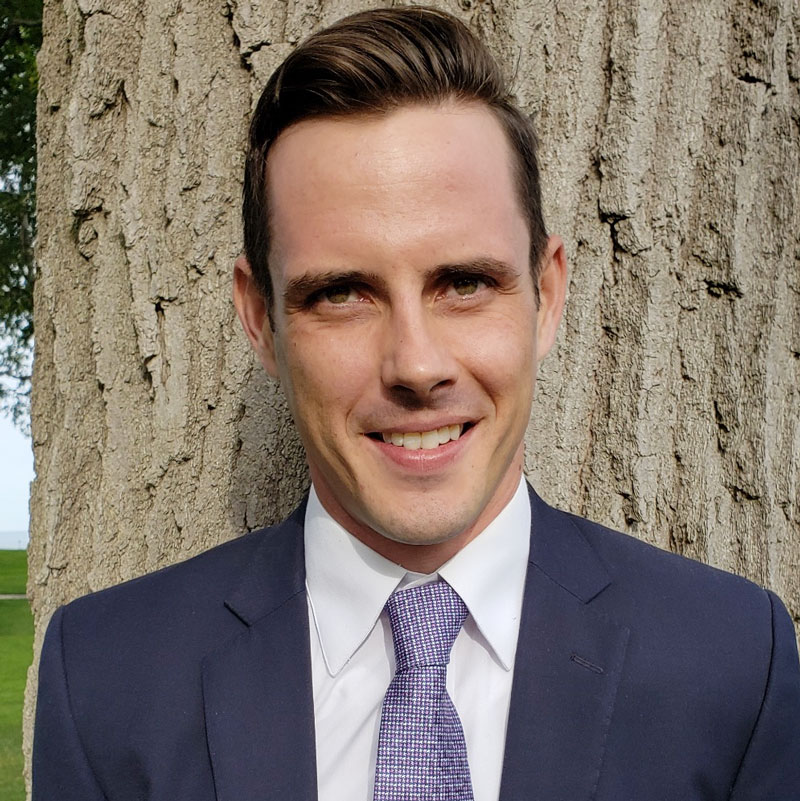 Graeme graduated from McMaster University with an Honors Bachelor of Commerce degree in 2009. Straight out of university he pursued competitive windsurfing for a year and a half. From there he went on to work for some startups in the composite and gift card industries. From 2011 – 2021 Graeme worked in financial services dealing with hedge fund, private equity, and real estate fund operations. Graeme obtained his professional captain’s license in 2018 and has done some work as a private boat captain in the Mediterranean region since then. Other interests include squash, biking, and water sports of any kind. 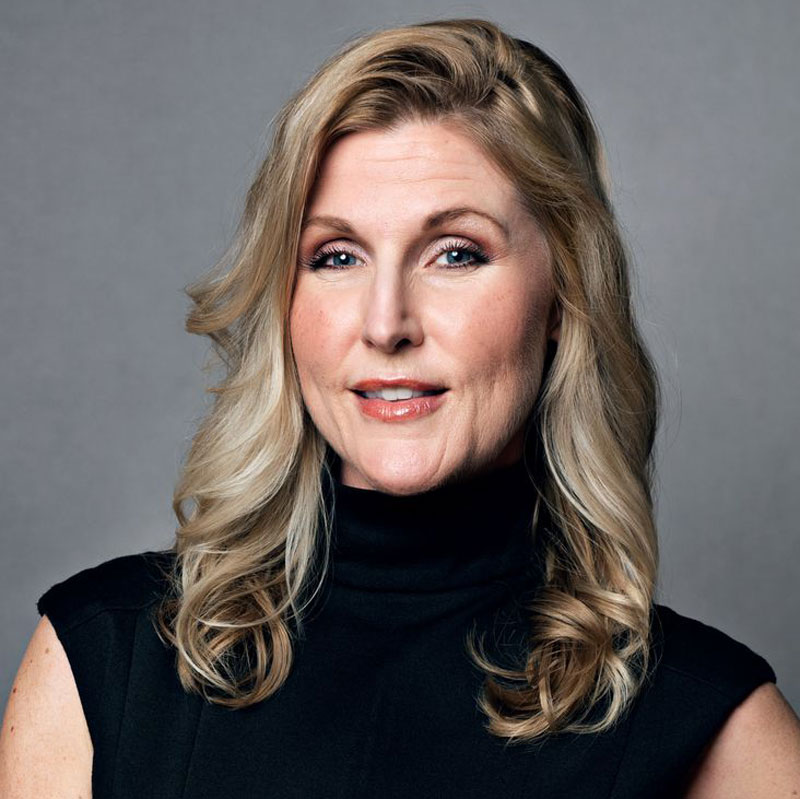 Chantelle is a strong and loyal asset who excels at team management, customer experiences and reaching corporate objectives from working in the past ten years in events, promotions, sales and marketing. She is highly motivating; her strong leadership and precise communications skills are essential to drive efficiency and deliver results to customer orientation solutions that meet the organizational growth objectives. 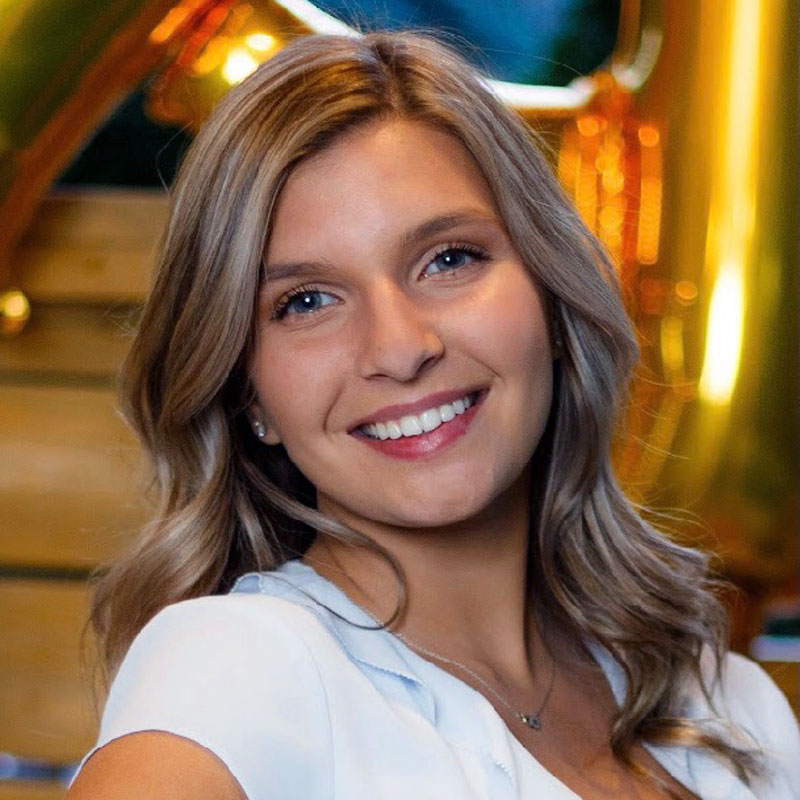 Jessica is a highly-motivated individual who consistently strives for excellence. She is a second year student at the University of Guelph, double majoring in Child Studies and Sociology. While pursuing a Bachelor of Applied Science degree, Jessica joined the Aerobiovac Team in June of 2021 passionate to help combat against the Covid-19 virus and do her part in contributing to a safe and sustainable future.